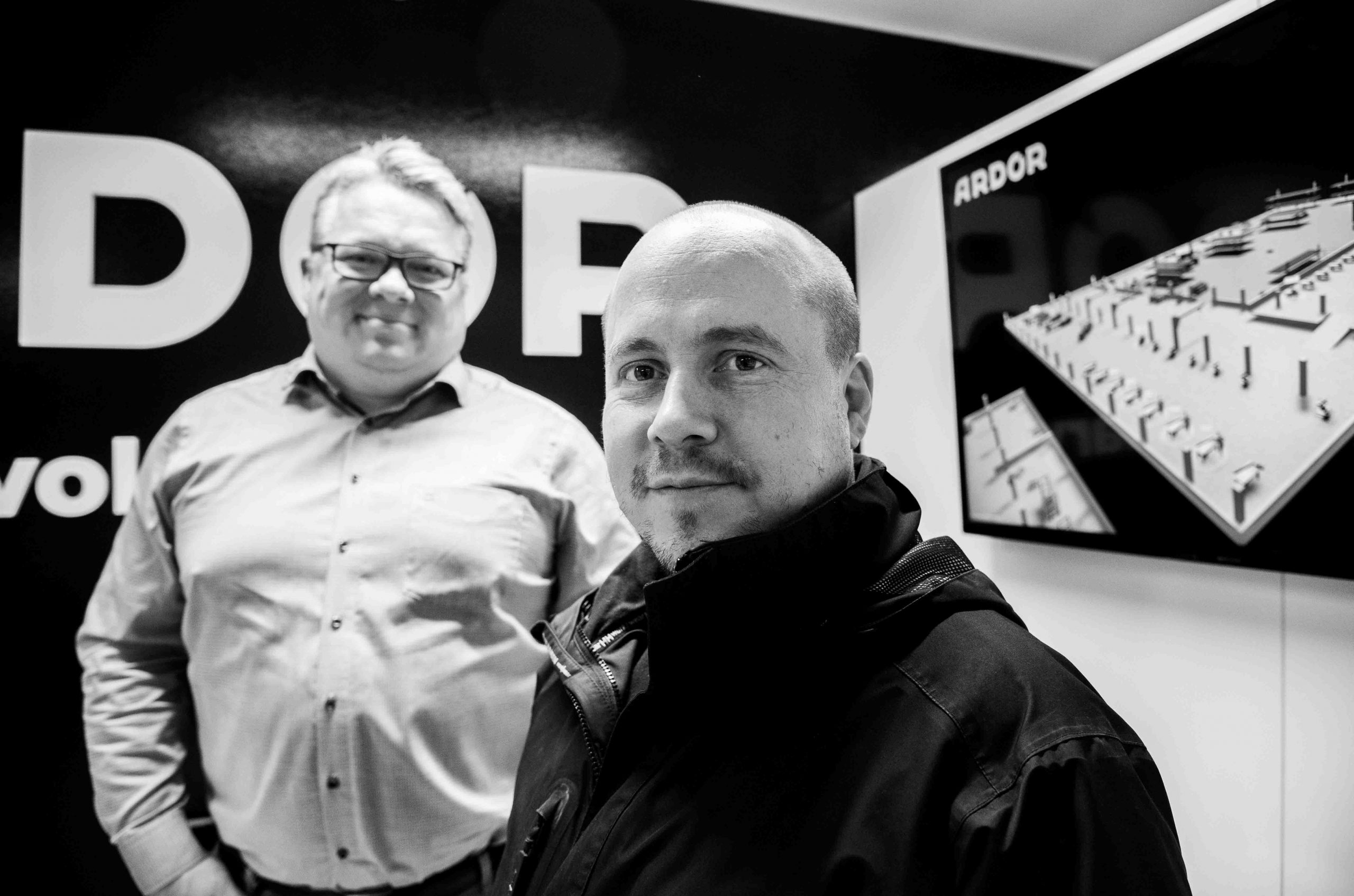 Digitalization has taken Ardor’s competitive edge and service capabilities to a new level. Production efficiency can be improved by as much as 30 – 40 percent, says Kari Hyvärinen and Atte Peltola.

Ardor has moved to paperless production at its Raisio-based pipe production facility. The company’s employees have taken the PipeCloud digital production management system into use, which has significantly improved Ardor’s productivity and competitiveness.

“All the drawings, cutting schedules, and welding jobs will are available on the tablets installed at the work stations”, says Ardor’s production manager, Kari Hyvärinen (pictured, righ).

“Our professionals acknowledge the work tickets in the system and input the key parameters for the work. The facility’s management can follow the work in real time and can easily drill down on any specific detail of the work later. Digitalization is unbeatable in terms of traceability.”

According to Hyvärinen, the SaaS-based PipeCloud also improves Ardor’s service capability. Offers can be calculated more quickly and precisely. Smaller orders can be delivered to customers more rapidly because it is possible, using PipeCloud, to easily manage the production as a single flow, regardless of the order size.

Also, material losses are reduced. Production digitalization has resulted in more competitive pricing for Ardor’s customers even though the Finland-based company pays its employees better wages than its Eastern European competitors.

“We have been able to improve our production efficiency by about 10 – 20 percent thanks to PipeCloud, and I believe that with a little effort we can get a 30 – 40 percent benefit in production”, says Hyvärinen.

“Reducing lead times is not the only thing. PipeCloud is a big leap that our employees have taken on board surprisingly quickly. It only took a couple of days before the guys were using the system proficiently. If someone said that we now had to go back to the old paper system, I’d think they were joking.”

All of Ardor’s competitors work to a greater or lesser degree in an analog environment. Many of the work stages that are automated in PipeCloud are still done manually. The work progresses more slowly and there is more human error, even though everyone does their best.

PipeCloud’s sales director, Atte Peltola (pictured, left), says that PipeCloud reduces the sense of haste on the shop floor. Process efficiency can be managed accurately and in a controlled manner. Changes can be put into production quickly and the workshop management gets instant feedback from those changes.

“Many visitors to Ardor’s workshop have been stunned having seen PipeCloud at so called full tilt”, Peltola says. “The real-time overview is really awesome. The facility management can see instantly what is happening on the shop floor. The data collected from the shop floor will help them to learn from their own processes.”

According to Peltola’s own estimates, PipeCloud could help a struggling workshop turn the corner to profitability simply by improving material use efficiency.

“Material losses could be reduced by up to 50 percent when AI takes care of optimizing the pipe cutting. An ordinary sawer doesn’t have time to start calculating optimal cutting lengths. He cuts the pipe where it seems like a good place to cut. I once calculated, just for fun, how much steel would be saved if all the pipes in the world would be cut using PipeCloud. The result was as much steel as in 760 Eiffel Towers – every year.”